Newer: Falling Leaf is a Newer Special that was released in the December of 2014. It's a fall-themed hack which uses lots of assets from Newer Super Mario Bros. Wii, such as the world map and music. It may even by a little sequel to said game.

Newer: Falling Leaf takes place all in one World, but this World is divided up into three other worlds. 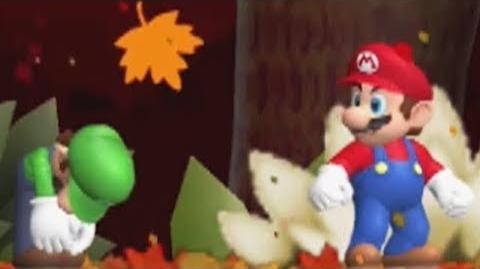